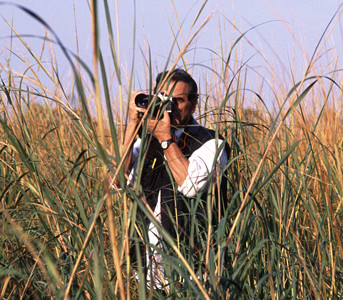 PETER SCHEER, filmmaker, photographer and visual artist, lives in Dix Hills, New York. He is the president of PILOTLIGHT Films, a media development and production company. Peter received a BA from Long Island University, followed by a Pratt Institute Fellowship in Art. His photography, art and film works have been covered by Newsday, The New York Times, Life magazine, and other major publications.

As a documentary filmmaker/photographer, he has traveled extensively conducting photojournalistic excursions through the Middle East, Europe, Liberia, Somalia and Ethiopia. He has shot and edited presentations for the World Health Organization and UNICEF that dramatize the fight against TB, which is still a major global initiative. His work has aired on The HBO Ali ‘G’ Show; NOVA; A&E; Bravo; Rainbow; Nightline; ABC; CBS, NBC; PBS; MTV; Sesame Street; Nickelodeon; Canadian and European television.

Regarding his approach to photography, Peter enjoys capturing the unusual and unexpected. His work is spontaneous, provocative and deliberate, often with a hint of playfulness. His Fantasy Faerie Collection combines a love of nature and natural feminine allure. In this imaginative series he has skillfully intertwined images of women and landscapes, carefully blending them to generate surprise and intrigue, and leaving the viewer with a sense of awe. He has the eye of a painter, filmmaker, and artist all wrapped into one unique vision.
PETER SCHEER | PhotoArt
Powered by ZENFOLIO User Agreement
Cancel
Continue